UrbanEden's electricity is generated renewably by way of a 7.65kW photovoltaic array. Comprising the array are 30 individual photovoltaic panels generously donated by Bosch Solar Energy. Each of the 36 c-SI M60 NA42117 modules has the potential to provide a peak output of 255 watts under Standard Test Conditions (STC).

The PV rack is comprised of three separate sections, each of which carries 12 panels arranged in two columns and six rows. Each panel is mounted on fixed horizontal and vertical axes. In addition, each of the rack’s three sections can move, independently, across a 17-foot horizontal distance above the home’s roof plane.

The ability to adjust the sections serves multiple functions, namely exposing the roof-mounted radiant-heat-exchangers to the cool night sky, providing shade to southern windows from direct solar gains, and bestowing a protective canopy over the home’s southern patio area.

Movement of the PV racks is made possible by a trolley and rail system installed atop the exterior I-beams. Torque required to move the racks is provided by three independently controlled three-phase electric motors; torque from the motors is stepped down using a gearbox, and then transferred through a drive shaft and sprocket assembly to a chain drive mechanism. Motors, and thus rack movement, are controlled through the home’s control system and are operated by the homeowner on a tablet PC.

The following variable inputs provided optimal results, while allowing for the panels to be adjustable: a panel tilt angle of 20 degrees (when measured from horizontal), a panel azimuth angle of 180 degrees, and a horizontal spacing of six inches between consecutive panel rows. 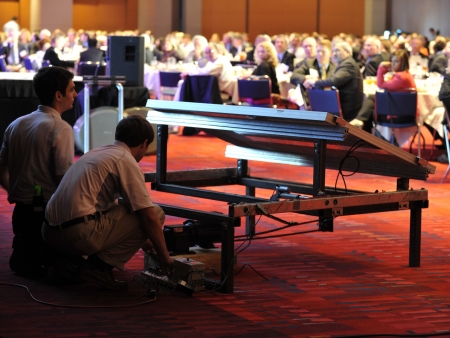 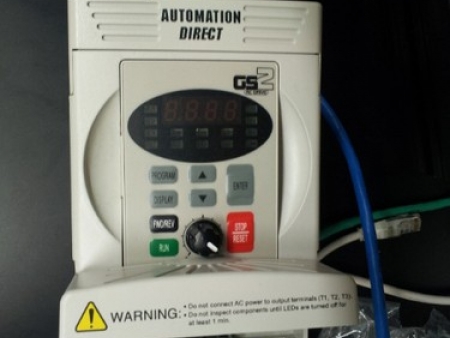 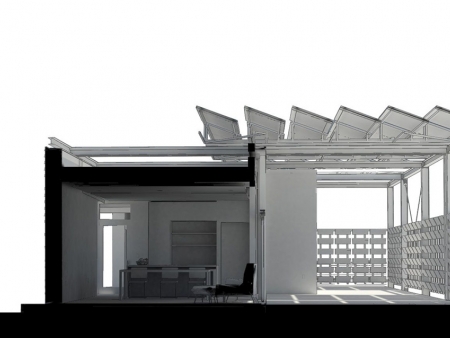 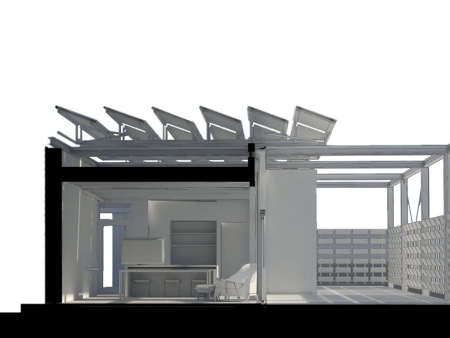 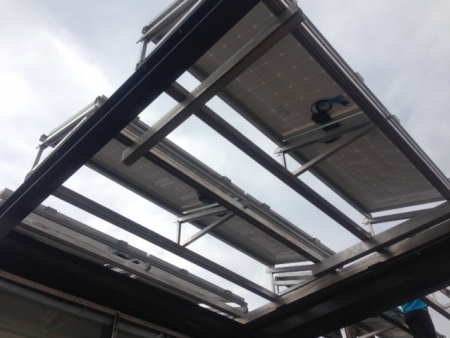 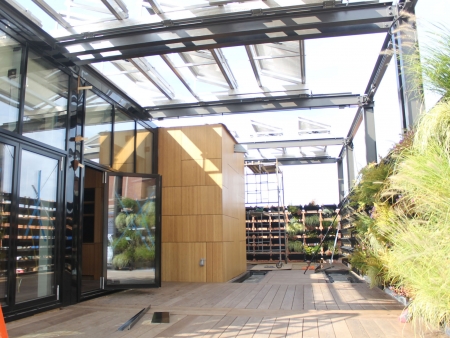