Geopolymer Concrete: How can concrete be sustainable?

UrbanEden's design begins with concrete, an ancient urban material, durable and versatile. Not only does concrete provide an effective sound barrier to the noise of the city, but it is a key innovation in UrbanEden's energy-efficient concept and structure.

In state-of-the-art, high-performance housing it is common to combine high-mass passive solar design with thermal-bridge free, airtight building envelopes. However, the mass component is usually limited to an insulated concrete floor slab. In UrbanEden, the mass has moved to the walls in the form of insulated precast panels. This seemingly simple choice is, in fact, our first major innovation. By markedly increasing the surface area and related volume of our thermal mass in the passive solar context, we have been able to implement a hybrid passive/active hydronic cooling system that, unlike conventional hydronics, uses only pump energy to accomplish temperature changes.

Embedded in our precast panels are arrays of small diameter plastic "capillary" tubes. In the summer, the concrete slowly takes on ambient heat from the interior space during the day. At night, water is moved through the capillary tubes to copper fin heat exchangers above the roof. The combination of the large surface areas of the interior wythe of concrete and the embedded tubes creates a very efficient transfer medium for heat. Since the night sky, especially on a clear night, is a giant reservoir for radiant heat transfer, our system cools the concrete, and hence the space, even with a very low difference between interior and exterior air temperatures. The result is cooling without using compressors or refrigerants - essentially passive cooling.

Our second innovation is the use of geopolymers to produce a different class of concrete binder that contains no Portland cement. Portland cement, the conventional binding material in concrete, is responsible for 5-8% of our collective worldwide carbon footprint.  The geopolymer mix we are using completely replaces the Portland cement with a UNC Charlotte developed fly-ash mixture that results in a massive decrease in associated carbon emissions (theoretically up to a 90% reduction) and makes safe use of a waste product of coal production.

Though there are some differences in the production cycle (the concrete has to be heated to cure for example), the precast panels for UrbanEden have been produced in partnership with a commercial pre-cast provider, Metromont, in a plant typically used for Portland cement mixes, suggesting that geopolymer mixes could offer essentially plug-and-play replacements for Portland cement. 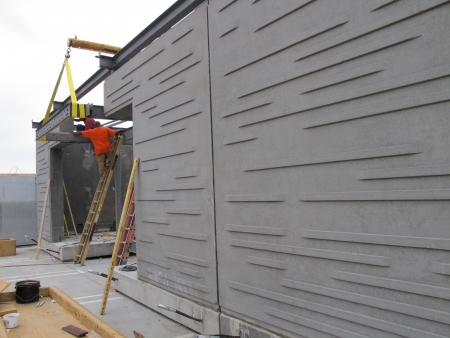 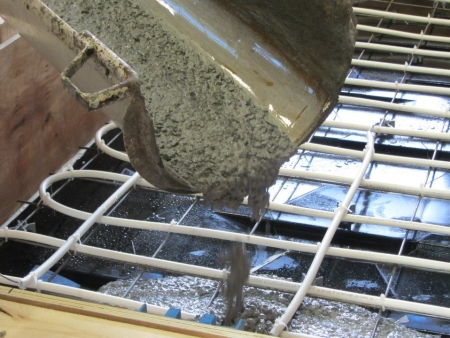 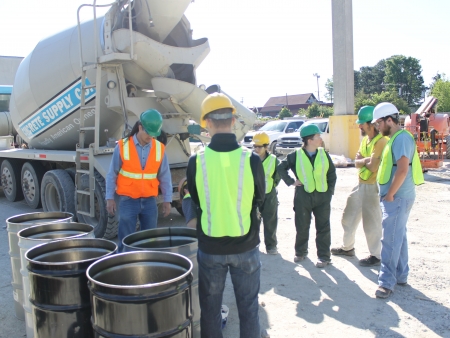 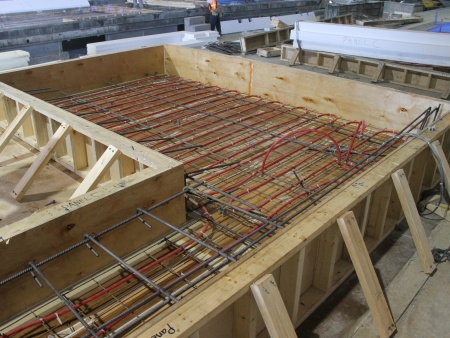 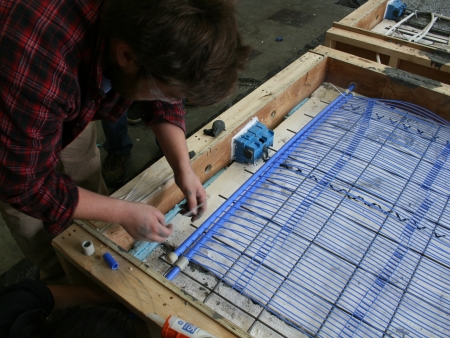 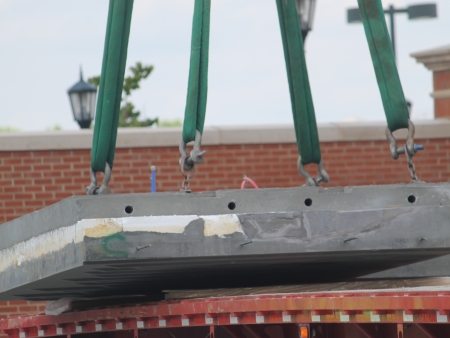